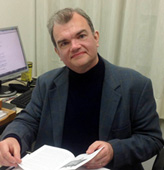 1 – Neurath or the cohesion of the cloud: The singular epistemology of an iconoclastic positivist and its unfolding
The present research project aims to investigate the extremely original epistemology of Otto Neurath (1882-1945) ─philosopher of science, sociologist, economist and, finally, graphic designer─ and its unfolding. This logical positivist since the beginning ─a member of the Vienna Circle, signatory of the manifesto “The scientific conception of the world” (together with Hahn and Carnap), a fierce opponent of metaphysics (which he always considered as meaningless), protagonist of the debate with Schlick on the constitution of the empirical basis, defender of the notion of “unified science”─ was at the same time a proponent of some extremely original theses that deviate greatly from the interpretative clichés usually associated with logical positivism. Neurath’s thinking has been rediscovered and re-evaluated in recent years, as is well documented by the publication of numerous volumes dedicated to it, which is part of a general reappraisal of Logical Empiricism as a whole. Neurathian epistemology is at once empiricist, physicalist, coherentist, holistic, naturalized, and has a sociological and historical dimension. The resulting science image incorporates traits such as: methodological pluralism; the reorientation towards a non-strictly deductive view of science; and the constitution of the “empirical base” of science (linked to a certain view of the relation theory-experience) in such a way as to enable a peculiar form of interdisciplinarity that would be “unified science.” In many of these respects, Neurath’s thinking emerges as one of the most innovative and creative within the framework of twentieth-century philosophy of science ─still more against the background provided by the reception of the general program of logical empiricism. Undeniably, his epistemology and his philosophy of science point in the direction of an image of science which is very rich, flexible, nuanced, and attentive to the vicissitudes of praxis. In addition to the author’s reading from an internal perspective, it is also envisaged the possibility of reading Neurath by establishing a dialogue with certain lines and strands of epistemology that would flourish decades later, in particular with Donald Davidson’s epistemology ─his conceptions of knowledge , truth, coherence, belief, interpretation and intersubjectivity─ and also with the structuralist metatheory of Balzer, Moulines and Sneed.

2 - Structuralist metatheory, philosophy of science and metaphilosophy
Investigation of structuralist metatheory (MTE), theoretically, metaphilosophically, and through case studies. The more general questions that provide a background to the project are: what roles can MTE perform fruitfully in philosophy in general? What convergences can be explored and seem more promising with other conceptions about the structure and dynamics of knowledge? Aspects of special interest to the project include: (a) The relationship between theory and experiment, conceived in terms of data models, empirical substructures, partial models and classes of intended applications. (b) The notions of theoretical network and theoretical holon in MTE as tools for the mapping of the structure of scientific knowledge in large scale. (c) The role of inter-theoretical ties in a rigorous characterization of the phenomenon of interdisciplinarity within theoretical holons. (d) Study of the philosophical role that can be played by values, themata and styles of thought within MTE, as elements endowed with causal efficacy, dynamic dimension and explanatory power. (e) Use of MTE in the meta-level as a tool for mapping the philosophical models of rationality. (f) Metaphilosophical contextualization and perspective placement of the MTE in relation to the broad contemporary panorama of views on philosophical knowledge, philosophical images of science, and recent interpretative tools. Here, studies are carried out in order to familiarize ourselves with several models of structure and dynamics of knowledge and different conceptions about the historiography of science and the relation between history and philosophy of science.

3 - Mechanism, de-mechanization and science in the passage from the nineteenth century to the twentieth century
We are dealing here with four philosophical-historiographic models ─the conception of images of nature and images of science by P. Abrantes, the thematic model of G. Holton, the conceptions of scientific style of I. Hacking, L. Fleck and O. Bueno, and the structuralist metatheory of Balzer, Moulines and Sneed─ with the aim of performing interpretative case studies on episodes in the history of physics (and, more generally, the history of science) in the late nineteenth and early twentieth centuries. Special attention is given to the following dimensions: (a) Characterization of the multiple variants and mutations of mechanicism, with its varied scopes and unfoldings, which predominated in physics and other areas of knowledge for almost three centuries. Of particular interest is the investigation of the tension (and even inconsistency) between late hybrid formulations of mechanicism and the original program. (b) Study of the transition from mechanism to the age of de-mechanized physics, where central roles are played by classical field theory, relativity (restricted and general) theories, statistical mechanics and, in general, a renewed impetus in the program of geometrization of physics. Important debates of the time on atomism and the use of models in science take place against this background. (c) Investigation of the transformations undergone by classical mechanics and field theory up to the twentieth century, whether in regard to their formal structure, their interpretation, their cognitive and methodological status, or the role they occupy within the edifice of scientific knowledge of late modernity.

Current Supervision
Master's degree
Diego Mantoanelli Silva
From concrete to abstract and from abstract to concrete: An analysis of the relation between the foundations of geometries and knowledge of empirical reality
Fabio Morales Namura
Ether and Relativity
Giovane Augusto Guimarães Salimena
The dialogue between Feyerabend and Laudan and its repercussion for a model of methodological change via pursuit
Thaís Vasconcelos Rodrigues
Linguistic consciousness and artificial intelligence
Funding: CAPES
Doctorate Degree
JOSÉ RICARDO ROMUALDO
A structuralist analysis of the genesis and development of electromagnetic theory