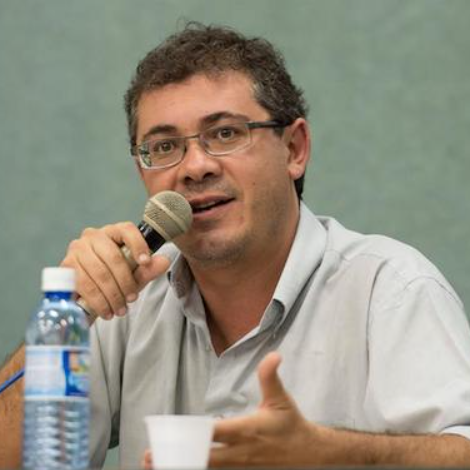 The Brazilian ideology: the political thinking of Marilena Chaui

The works of Marilena Chaui are a touchstone in Brazilian philosophy, especially because, forged in close dialogue with social struggles and movements, they were able to propose a philosophical approach to important issues in our society, allowing philosophy to fully exercise its political potential. Our intention is to study what we can call the "political thought" of Chaui, identifying its coherence and systematicity in the attempt to elaborate a kind of "Brazilian ideology" in the same sense in which Engels and Marx produced a "German ideology", that is, the critical unraveling of a determined ideological formation. In the case of Chaui, it is a matter for us to trace, on the one hand, the specificity of Brazil as a country marked by an authoritarian social formation (and not one marked by punitive authoritarian regimes); and on the other hand, the production of a particular method for the analysis of ideological formations and its criticism, the counter-discourse. It is within this elaboration that we want to understand the research on popular culture and democracy undertaken by the philosopher.

Master's degree
Abel dos Santos Beserra
The concept of habit in Descartes's The passions of the soul
Funding: Fapesp
Bruno Gonçalves Moreira
The ideas in Descartes
Danilo Augusto de Oliveira Costa
The Concept of Universal History in Capitalism and Schizophrenia
Funding: CNPq
MATHEUS ROMERO DE MORAIS
From desire's foundations to the construction of servitude: a study of Spinoza's political philosophy
Funding: Fapesp
Doctorate Degree
Claudia Pellegrini Braga
Autonomy of multitudine
Jefferson Martins Viel
The Concept of Common and the New Struggles Against Capital
RICARDO MARI NETO
Spinoza and the problem of the relationship between essence and existence
Funding: CNPq