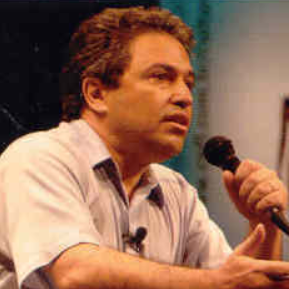 Wittgenstein in Transition
This project is an attempt to arrive at a detailed description of the evolution of Wittgenstein’s philosophy in the early 1930s, relating the production of this period to the two main poles of this philosopher’s work: the Tractatus Logico-Philosophicus and the Philosophical Investigations. We will try, together, to write an analytical commentary on the Philosophische Bemerkungen, and to promote a detailed study of Wittgenstein’s entire philosophical production during the transition phase. To this end, we will establish a research routine that will include weekly seminars involving researchers from São Paulo, as well as annual meetings with associated researchers from other Brazilian states. We intend to build a core international profile out of this research, participating in the international debate, with the active participation of foreign researchers, through the activities and publications foreseen in the project, as well as the organization of biennial conferences concerning the philosophy of Wittgenstein during the intermediate period.

CALF (Ancient China: Literature and Philosophy)
This group intends to create, within the University of São Paulo, an interdisciplinary center for seminars, for text production and for the organization of events on the philosophy of Classical China.
The current infinity in Wittgenstein's philosophy
Research on the notion of infinity present in the Tractatus Logico-Philosophicus, where it was linked to formal constraints (totality of values of a propositional function, totality of members of a formal series), as well as the abandonment of this notion beginning in 1929 and the way he begins to deal with numbers and quantifiers from then on.

Dissoi Logoi
We propose a debate on the confrontation between the contemporary perspective presented by the philosophy of language with the various areas it relates to, as well as its relation with the debates on language and logic throughout the history of philosophy.