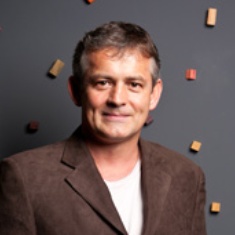 Between Philosophy and Literature: The Aesthetics of Hegel in Goethe’s Time
Our research aims to develop some topics within the framework of aesthetics as a philosophical discipline, whose background or vanishing point is the systematic proposal of Hegel’s aesthetics, in relation to pre-romanticism (Herder), Weimar’s classicism (Goethe and Schiller) and the German literary romanticism (Hoffmann). With this, I continue the investigations into the aesthetics of Hegel and his time, a subject that I have been occupied with the last 15 years and that has reached some developments in terms of publications: in the direction of the classicism of Weimar (translation of Art Writings of Goethe, 2005) and romanticism (translation of the Doctrine of the Art of August Schlegel, 2014). I am now occupied with pre-Romanticism, in particular with the aesthetic thinking of the young Herder. My approach to Herder is a direct result of my “Return” starting from Hegel (Aesthetics courses) to August Schlegel (Doctrine of Art) and now coming to Herder. The guiding thread for this return to the foundations of the emergence of modern aesthetics, of which Hegel is a tributary, is the articulation between the categories of art theory, art criticism, and art history. It was August Schlegel who explicitly posed the problem, but Herder was the first to mobilize these notions, in the debate with Baumgarten (theory), Lessing (critic) and Winckelmann (history of art). This is precisely the subject of so-called Critical Forests. In Hegel’s Aesthetic Courses, for information only, art theory, art history, and art criticism lie at the basis of the triad concerning the Beautiful or the Ideal (theory); to the forms of symbolic, classical and romantic art (history of art) and to the system of particular arts: architecture, sculpture, painting, music and poetry (subject of art criticism).